Its an Optimus from transformers Armada series. The size is ultra (a little bit bigger than a leader class). The robot it self only voyager class size, but what makes it bigger is because its armada (trailer).
I bought it from ebay in about 40USD in a very good condition with a complete accessories.
There's a yellow small car as a minibot also. 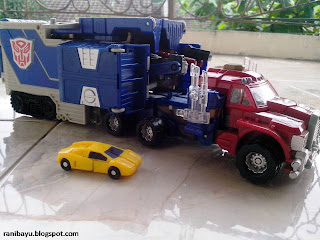 The trailer able to change into a base mode. It even close it automatically every change of the optimus. While change it forms into giant robot, the base turn in to its hips to legs.
There's a small red light in the armada, near the optimus feet. 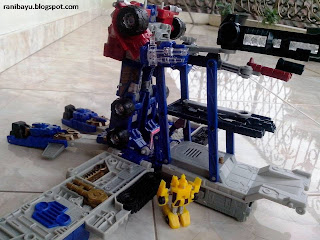 This is the optimus change its form, from a truck into robot without the trailer 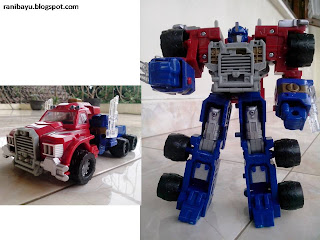 and this is if with the trailer 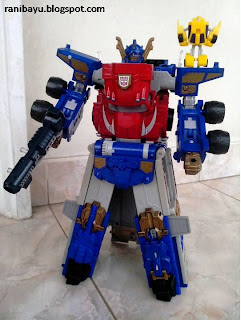 It has a great altmod shape, but too bad in my opinion while change into a robot mode its kind a lack of articulation. The form is very stiff,  well .. means we could not make it with a lot of pose , both of the robot it self so does the robot and the armada.

Posted by Maharani Bayu at 6:57 AM

Email ThisBlogThis!Share to TwitterShare to FacebookShare to Pinterest
Labels: transformers

Maharani Bayu
I'm a dreamer and a dream Catcher